You guys have been talking about Andrew Tate for a good few years with a lot of intensity over the last few weeks. Let's get right down to the point and ask the million dollar question, what is his community doing that you see as within the means of TRP.RED, but not being done? Just throw out a simple list of what they're doing you like that could be replicated or better developed here.

@jprdl It seems like you’re hamstering because you want to believe in this guy, but the reality is I’ve provided you with an actual previous scam of his, and multiple reasons why his current setup is a pyramid scheme.

Yeah, people like to label things if it makes them insecure. But in this case, Tate is literally a scammer.

If a woman has fucked 50 local dudes and everyone calls her the town slut, she can say “oh they’re just labeling me as a slut!” Doesn’t make her any less of a slut.

$5000 is enough to screw someone’s life over if they have no other cash. But with the promise of “high value connections” and “insane returns”, basically a get rich guarantee if you join, they may just go all in. Instead of using that, say, for building a skill set that will actually profit them well in the real world. Tate doesn’t give a fuck. He’s still getting his money.

This begs the question of, is this the guy we really want representing a mainstream push against feminist ideology? Fundamentally a dishonest scammer. That shit is probably coming to light at some point.

I fully support providing information and going head on against feminism in the mainstream. At least he’s spreading a fuck ton of awareness, even if he’s a scammer.

@jprdl And another thing. Literally any pyramid scheme, when you first walk into the room, will tell you “you get out of this what you put into it!”

The reality is this is just a way to give them plausible deniability to continuously rip you off.

They also love to give examples of success stories from their product to keep you hungry for it. These success stories are either fake/sponsored, people who got in early (top of the pyramid), or the small minority of people who coincidentally succeed with a shit product that they didn’t even need in the first place.

The issue is the discrepancy between the provided message/promise and the actual value received.

Companies like Apple are giving you a quality product, for a market price that is backed up by the value provided for the customer.

Compare that with charging $5000 for entry into basically an overglorified discord server that promises to “change your life,” but is really just a sales funnel for other products. HU is also a funnel into the war room.

Young impressionable teenage dudes buy into the image of the cars, women, etc. and think this is the guy that can change their life. “This guy really gets me!”

Then they pay $5000 for a basically shit product.

No, he’s a legit scammer.

The latest business of his, Hustler’s University, isn’t so scammy, but it’s still not a worthy investment. Basically an MLM in that you’re likely to end up pushing the hell out of his products through affiliate links, while making little to nothing.

IMO it’s a scummy way to run a business. Pure hunger for money and fame. No intention to benefit customers.

This is also why I think the dude is getting 15 minutes of fame, but will fade out pretty quick. He has a presentation and business model that’s creating a huge flame of interest, but it provides little stakeholder value, and won’t hold any loyalty outside of his cult following who buys into the image.

Cobratate.com Forex signal provider is a scam. Formidable Forex Powerhouse.
Myself and multiple people are extremely dissatisfied with the service and lies by the person who owns the company in question. First off, the person who owns the company/service claims that they have a professional trading team from Dubai on a 1M USD $ retainer who would provide top level... | Forex Peace Army - Your Forex Trading Forum
1 2
Copy Permalink

I consider him another red pill reseller

@Typo-MAGAshiv Absolute scammer, but definitely a net positive overall. Blasting feminist bullshit in the mainstream? I'm for it. 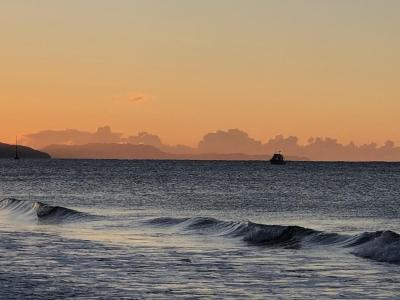