@thesun +1, I would be in jail if I got any facts wrong when asked a second time. Details like what direction each person was facing, distance between me and the attacker, how many rounds were in my mag.... If I was off by one degree, one inch, or one bullet they would've slapped me perjury at the very least. The incident happened the way it did but the cops get to tilt things so anyone who doesn't memorize all the little details like a true autist would go to jail anyway. Don't talk without a lawyer. That puts a lot of legal burden on the lawyer defending you who in turn can defend themselves against such bullshittery a lot better than you can.

@deeplydisturbed Monologue at the end was soul-crushing. I was exactly there before.

@TiberiusBravo87 It seems that a black superman movie is in the works.

@AFTSOV Really? Wondered where he went.

@Antelope The same guy that let Germans just waltz in and smash his apartment with a bat. "Hey, hey! This is a private residence, man....." haha. @redpillschool pointed me towards this movie, it's on Showtime right now I suggest y'all hit it up. EDIT: Found the clip! 19 hours ago  The Dark Winter

@arakouzo Medicine should have never been politicized. People said that for decades, keep politics out of it. Now we have doctors coming out of college today that I'm 100% certain would let known conservatives and Trump voters die so they can harvest the organs to save other "non-racists".

@arakouzo Trump was never going to win by a landslide. Not while Dominion and liberal goons were at voting stations. The whole "there was no widespread fraud" line is a bunch of bullshit. You do not need widespread fraud. Just enough to claim 52% in a select few dozen counties across the country and bam, election tilted from landslide to Biden victory out of nowhere.

23 hours ago  The Dark Winter

Now they want us to not take the vaccine? They just realized it was a political football after every speech Biden did on the campaign trail blamed Trump for every case of COVID? 57 Top Scientists and Doctors: Stop All Covid Vaccinations
9 mai 2021 Image: Peter A. McCullough, MD, MPH is one of the experts. Press photo A group of 57 leading scientists, doctors, and policy experts has released a report calling in to question the… | Rights and Freedoms
1 2
Copy Permalink

Just saw a show where they talked about exercise. Every sentence they kept adding to "talk to your doctor first before attempting any new exercise". I know it's legalese in case that one genetic dead-end gets a heart attack at 20 trying a new type of push-up but I am miffed that people have this attitude doctors know what is best. These same doctors avoided facts and outright lied simply because they did not like Trump, that alone is proof they do not know what is best. Doctors and scientists have been in multiple articles talking about suppressing or ignoring facts because they did not want Trump to win. Sadly lots of those articles will not even show up on duckduckgo anymore but this one was easy enough to find: 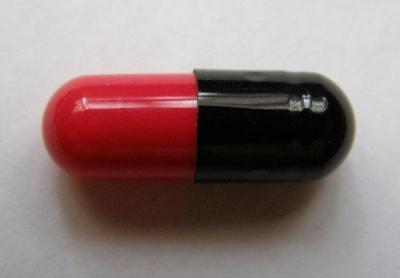 None of your business.