I guess id have to add to the demand thing. By nature, I don't think demands by themselves are 'dominant'. In a way a demand by itself is just the baseline or hard line for consequence and/or reward. But its just the baseline. In this case everyone has their own demands. False masculinity i guess is thinking you have to verbally say these demands all the time without actually having a framework of judgement for those demands. Just having the baseline but no consequence or reward for it. No follow through.

Going with the flow, or in other words letting everything slide mindlessly.

Maybe a lot of feminist spirited people may actually prefer you have no baseline though, so id watch for anyone trying to make me insecure of my demands by calling me "demanding" as well. Because everyone has a demand or opinion and stance. Whether they know it or not....

I feel like cruelty, and the other things you stated are vague and dont really define dominance at all. Judgement and calculatedness, or the ability to walk away like how someone said here fits it better. Also, what i do know is that dominance is subject to mental and moral superiority.

Someone may yell cruel when you live ignore some attention seeking whore that's trying to orbit you. But knowing the context, its the best thing to do. Or in life, its some situations where you feel bad about doing something, but its still the precise thing to do. ~Like perhaps blocking a narcissistic family from your life permanently.. The idea of cruelty is sometimes equitable in recompense to equally bad behavior.

You also may seem demanding when you tell a freshly promoted LTR/wife your boundary's for the first time verbally. But its a difference between this and the thing betas do when mate guarding in panic. Your not begging them to do something. Your not asking them to do it, or giving them a choice. To put it in simpler terms, you draw the hard line. A hard line that you plan to follow though with when broken. The key point is seriousness. If your with your friends and they all decide to eat steak but your vegan. You speak up for yourself. Your only seen as demanding when the situation is constantly repeated. Your determination to walk away (in this case, get new friends) ultimately decides whether you were being demanding like a crying baby, or serious about not eating meat and preventing yourself in the future from even being in the same position where you have to verbally express your hard line again.

Like the other one said, the determination and ability to completely walk away. You don't even have to normally speak this. Just act upon it. Make your requirements and "demands" known subtlety.

A ltr cheats on you for the first time. You don't need to argue, and reply and do all that stupid stuff. You need to ACT. Not by raiding the guy, but by walking away completely.

Next time you see her there's no need to even discuss about the past, but act as if the last time you saw her was a thousand years ago. Literally!

I think this applies with many other things as well.

@slutmagazine I'm already done with it, if my opinion matters. I've seen the same destruction within family and i had enough. Blacksheeped by belief.

Im really turned off by how feminist this world has become.

The only real business I'm doing with woman is when i get my food from a restaurant. Not from a place of pride, but this is the only thing i can trust them to do nowadays. Sometimes i see goodness and feel happy when i see women mopping the floors for their job. Reminds me of a simpler time that i never experienced before. Makes me imagine how much better a obedient, subservient, longsuffering woman would be.

But its just an imagination.

@slutmagazine Also, not to spam the square too much with the subject. But i also have a playlist i created for this reason. All types REALLY of interesting truths by non-popular youtube videos.

Just a collection of videos to pique interest. I think the biggest turn off from this is how boring it is. But it does not have to be Yea, the bible can be dry if you're just reading it for the sake of reading it. I've only read it from cover to cover a few times completely myself, which is why I only do it with purpose.

It's the hardest thing to read. There's a lot in there that makes you stop and shake your head to say really? What is that about? And then there is no follow up.

Like the part where apparently if you die, your brother is supposed get your widow pregnant. That kind of stuff is enough to make you question if there's a point in continuing your reading.

It can be hard to maintain the focus needed to read the entire Holy Bible and I don't recommend it for the passive. Read what piques your interest first, then poke around. Eventually, you'll find other passages of interest. For the sake of context in understanding when studying it, with the old testament you will need some education in military science and with the new testament it helps to have an education in the classics. If you're following the way understood as Christianity, you need to understand warfare, combat, and systems of honor. For all the fault of the heathen peoples of ancient times, they made many discoveries of the truth that persist even in our time and shouldn't be forgotten.

As for the marriage bit. Would I recommend a guy marry their late brother's widow, if their brother snuffed it honorably in our current day and age? Only if the surviving brother is indeed co-habitating with their late brothers household, still single, the widow is receptive, attractive, had been with no man other than her late husband, and the surviving brother knows his brothers widow was faithful to her vows to his deceased brother. I know, it's not ideal given what women are encouraged to do today, but if they both fulfill that criteria then I see no problem with it.

It's vastly better to pair off with your late brothers faithful widow and help raise your nephews/neices, while continuing your own branch of the line, than to pair of with some random slut to be burdened with raising an unrelated man's bastard progeny. Further, I doubt an uncle turned step-father would have to deal with the usual step-dad B.S. from their nephews/neices other random guys would have to deal with in that situation. They'd all be dealing with the mutual loss of the late brother, but otherwise already know and love each other.

the link he provided includes

Which as far as I’m aware are often referred to as ‘deleted’ chapters, or removed books — which is what I took him to mean.

You clearly put more time into this site or are generally more familiar on the topic of removed bible passages than I am. Off the top of your head, do you remember if the other pages on the site include citations highlighting which ecumenical councils or denominations removed the corresponding passages from their respective bibles? I don't recall seeing any when I went through the genesis page

+ @SheLarror1234 Yea, the bible can be dry if you're just reading it for the sake of reading it. I've only read it from cover to cover a few times completely myself, which is why I only do it with purpose. To those ends, I spent a good chunk of my time on Christian forums looking up passages for other people online. I had a few interesting interactions when people would ask sixth commandment related questions. However, they were challenging in ways catechism wasn't.

@OtPayOkerSmay Yea, its not to please their mate. Quite the latter actually. 100% of the time. Remember their mate would probably even prefer it not. Psychologically, its a way darker reason why they do this. It really is a mask, another "character". @destraht explained it well. 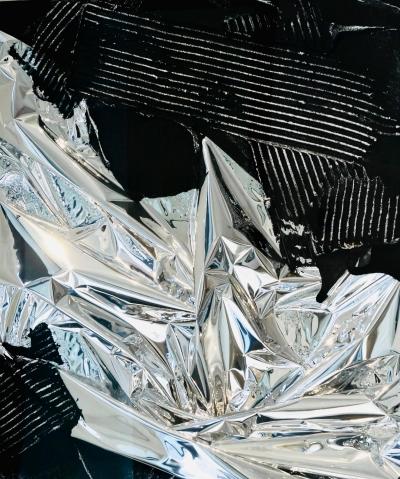