“The man who…was forced into an oppressive narrowness and regularity of custom, impatiently tore himself apart, persecuted himself, gnawed away at himself, grew upset, and did himself damage…With him was introduced the greatest and weirdest illness, from which human beings today have not recovered, the suffering of man from his own nature, from himself, a consequence of the forcible separation from his animal past…a declaration of war against the old instincts, on which, up to that point, his power, joy, and ability to inspire fear had been based.”

Nietzsche, On the Genealogy of Morals

I’ve started up a YouTube channel called Enlightened Alpha. I’ll start by uploading videos for my old posts and if it goes well I’ll upload some new stuff. Might do Skype stuff again through Patreon.

@clavabot Yeah I came back.

I need my email/password reset @redpillschool. 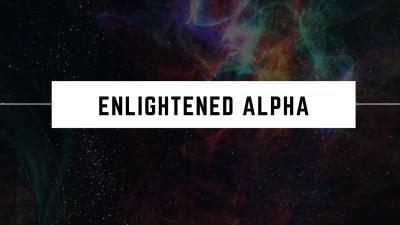 I am RP Machiavellianism in its purest form with a touch of Sociopathy and Charm sprinkled in then baked at roughly 450 degrees for 45 minutes. I am OmLala.

The RP Machiavellian dissects the "butterfly" in order to view his world in the purest & most objective fashion possible. But in seeing the world so objectively, you rob it of a beauty only possible through ignorance and subjectivity.

That is Machiavellianism in a nutshell; everyone and everything is a butterfly to either be dissected and studied or benefited from. Most interpersonal relationships with butterflies is through the pursuit of one's own ends. Superficiality is attached to most interpersonal relationships, feigning compassion or remorse, all while displaying a facade where the thoughts and opinions of butterflies matter. But they don't. The mindset and perceptions of butterflies can never match that of an individual; what a butterfly fears, holds dear, considers important are petty in the eyes of th

Do NOT talk to them like you'd talk to men. Talk to them in their language.Women communicate through actions and body language. What she says isn't inherently important. It's what she does that matters.That being said, she's watching your body language and actions more-so than she's listening to your words. This is why most girls'll say they "want to be friends first" on dating sites; they have to see Alpha signs through body language before they can be sexual.