@bambinosupremo I think his point is that it's not gay fucking grandfathers if it's merely the path to fucking the grand-daughters of those grandfathers. I think. Lots of confusion going on in there.

@Elvis We have a tribe dedicated to gay shit. /t/alttrp I always wondered what the rules were for gays

@Elvis Don't know why nobody else has called you on it but this is obviously a troll account.

@iSpy Who is this gay lube guy and why do I give a shit?

dude you got bullied by gaylubeoil and are intimidated by him, nuff said

Bruh. You're not taking what RPS is laying down... you're making his point for him. You're actually now arguing with RPS.. proving what he said. You're swinging at everybody.

All RPS said was that the bond of respect among the old guard is stronger than whatever spat you have.

All RPS wanted from you was to say you'd take a more constructive approach to disagreement.

Instead you proved his point entirely by doubling down again and again. You had an opportunity to show a little reverence to the guy who keeps this shit together, and you spat in his face.

It's not about internet points. You really don't get it.

He even gave you a few clues along the way... let me break it down for you bud:

RPS: I'll put your points back if you agree to disagree respectfully with the ECs.

He will disregard this incident if you show deference to the elders.

Your response was emphatically, "no."

You proceeded to argue that your infraction was only "three" ECs so you should be let off the hook because they started it.

The problem with this line of reasoning is that RPS gave you another clue:

RPS: I don't know how you and Skepp started. I don't particularly care.

That's a big highway exit sign you just blew past. He wasn't interested in your infractions against James. He was interested in you demonstrating that you will show reverence towards the old guard that built the place.

In other words, you committed to destroying his work by refusing to show just a little gratitude to those who built it.

Then you act all surprised that RPS was like "okay fuck you."

Man, you have got to learn a little humility and learn to pick up on a few masculine cues.

The guy was giving you a big way out, all you had to do was eat a little crow. But instead there you go blasting your mouth off like you're king of the shit and everybody should bow to you. The fuck do you think these guys owe you?

Then RPS just spits straight fucking red pills at you:

This rugged individualism against all other men will not help you online or in real life. This is one of the lessons of TRP. You can accept it, or you can spit the pill back out

He's not even trying to punish you, he's trying to clue you in on male hierarchies. The guy is trying to teach you but you can't see past your own ego to accept the lesson.

@bambinosupremo If a white male and a white female have offspring it'd have a white phenotype.

If a black male and a black female have offspring it'd have a black phenotype (under a rare exception, see below).

If a black male/female had offspring with their white opposite what does the offspring look like?

The point, lighter skinned peoples can manifest from darker toned peoples but they can't give birth to people lighter than themselves unless they breed with darker toned.

In African folklore whites are believed to be inbred albinos who migrated North because their lack of melanin made residence in Africa unbearable. That and they were ostracized for their whiteness so they collectively took flight to cooler climes. (Modern Aryanism as we know it is literally an ideological obsession with the albino features!)

Now if the Hebrew/Jewish folklore had any basis in reality and Adam & Eve were actual people what race would they literally have to be with the information provided above? What would that make the original Hebrew people? Nick Cannon is just using his common sense. Albinism And Whiteness – The Origin Of The Caucasian
Introduction Albinism is a rare, non-contagious, genetically inherited condition occurring in both genders regardless of ethnicity, in all countries of the world. Both the father and mother must ca… | Grandmother Africa
1
Copy Permalink

Nick Cannon said out loud what the rest of them think to themselves.

@bambinosupremo Damn right, we didn't just survive we are growing. New users are not getting badgered and twat-slapped into leaving anymore so there is a higher chance of actually helping someone now.

And we've gained almost a thousand subscribers since. 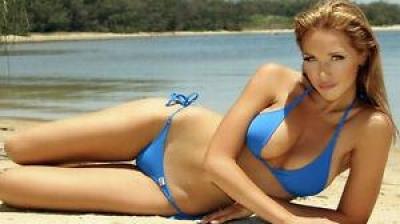 "Here to post shit and make your life better than it was before. And to get ripped. And to check out shit as well. One Hundred Sixty Characters of good shit. Yes"