@BittyMitty what the fuck is this shit? whats the context? where is this happening?

More divide and conquer. Funny how the exact same simple tactics work over and over on the people, they somehow never remember nor read shit about history or war.

Similar to how the same tried and true tactics work to get women to have sex work over and over again.

The whole killing was staged to further the agenda of chaos and hate fueled violence.

They keep people trapped in cages over covid. They give people a legit reason to hide their face. They mass show the heartless murder of a bad white cop over a helpless decent black guy. The powder keg that was manufactured explodes. They now give those disenfranchised and jobless reason to do what they always have wanted to do, Rage against the machine.

Its a staged killing of george floyd. To a give a stage for violence and destruction. It will only end with even a greater portion of our rights and freedoms lost to the illusion of safety.

@TheStoicCrane They stand to gain everything from the fear of the people. Nothing to gain from our minds being stable and content.

Fear is always for sale. And business is always good.

I believe that the killing was staged. A lot of the footage seems unreal.

For instance, there are at least 3 different video perspectives ive seen of what happened. How did these mostly home grown videos get to the msm news sources so fast?

He is getting the back of his neck pressed into until he dies. How does he speak for so long, while being suffocated to death? And even cries out for "mama." What grown man cries for mom at that age?

Cop is on top of him, killing him for minutes, what seems like an eon, and nobody pushes him off or none of the cops question or spiritedly talk about how its probably uneeded to do this action for so long. The cop then stares into the camera, soulessly. Zero struggling for the man whose life is on the way out. Smart phone recordings of the situation on the video, banter incessantly, inciting conversation and thought on the idea that this is really wrong.

Videos of "seemingly" a undercover police officer or something else official with an umbrella, breaking autozone windows. Cnn reporters getting arrested on camera. Every possible thought of event from a virus, to killer insects, to cop murder incited race wars, to (the next manufactured mass fear event placed for next month here). All just in time for election year.

Seems like there is much more to this story than just, "a white heartless devil cop man killed a decent good black guy on video, with multiple angles to show the pure horrendousness of this video, for millions to watch on social and else where, with his unyeilding death blow given to him by his executioner with a white knee."

about a month ago  The Beer Hall

about a month ago  The Beer Hall

@jwayne Agreed. anteros told me he couldnt answer my rational honest question due to covid.

I Thought this was the place to ask the hard real questions and get hard real answers in return. Instead I feel they are hiding something. Trying to turn an eventual profit from having higher numbers of users rather than this place being somewhere to uncover truths from a higher quality of members.

Id rather see radical thought provoking vulgar comments and posts rather than petty insults and over policing of politeness... how lame. how boring.. 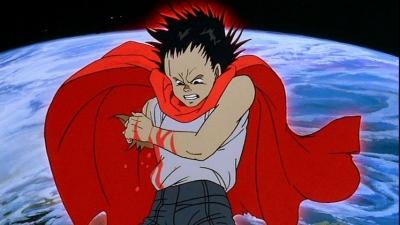 She wont leave no matter how I treat her or what I do. Must be a keeper.