@Whisper I had a great time picking it apart and thinking about how I would fix it with minimal changes. Came up with a pretty good answer, too.

I enjoy watching modern movies. Torrented, of course, since I am not giving those assholes my money.

Well, it's not because they're enjoyable. It's because stories are my latest obsession, which is not surprising, given that I retired early to become a science fiction writer. And, while the stories are no good at all, I enjoy thinking about how I would, as a writer, fix them.

Too much woke shit makes it hopeless, of course, but there's lots of stuff out there that is just flawed stories, because this generation of Hollywood has been so steeped in "social message vehicle" scripts that they have barely any writers left who know what makes a story.

I use this sort of movies as a kind of practice problem for my new profession.

Take Disney's "Moana", which I believe came out in 2016. Not super woke, doesn't spend a lot of time bashing white people (there aren't any to bash), not really offensive in any way. Just kinda... mediocre and bland. The production values are great, but the story is fundamentally broken.

But I had a great time picking it apart and thinking about how I would fix it with minimal changes. Came up with a pretty good answer, too.

I think that Hollywood's complete intellectual bankruptcy represents a wonderful opportunity for literally everyone else who has a story to tell.

There are three important predictors for how well your life will turn out.

The first is absolutely not under your control in any way, shape or form. Focus on training the other two. A Shipwreck Tale: Absolutely NOT an Allegory!
Most assuredly not a cautionary tale.Rumble:https://rumble.com/c/RazorFistBitchute:https://www.bitchute.com/razorfistOdysee:https://www.odysee.com/@RazorFist... | YouTube
3
Copy Permalink

Cervone and Pervin's Personality: Theory and Research and Beck's Cognitive Therapy of Personality Disorders.These two make a good overview of the state of things in the field.

@Whisper I'm trying to carefully identify a common enemy, in order to seek effective countermeasures. The effort calls for case histories of a certain level of (anonymous) detail and a robust ability to stand up to scrutiny. Otherwise, the outcomes are likely to be ineffective and even become beneficial to our enemies.

Personally, I've known several people who were fired from teaching jobs for having the "wrong" political opinions... not actually being CONSERVATIVE, mind you

Part of my plan is to map out how much of these phenomena are exclusive to "woke shit" and what is down to general group dynamics. The latter has existing tools and skillsets that men can draw from, only if they don't misidentify the dynamics and duff the response in real time. I've seen jobs lost also, over politics, religion, MLM culture and more. Even protected classes (unlike political affiliation) will get edged out somehow if a shitty ingroup dynamic decides it.

Part of my still brewing hypothesis is that things like ragebait articles exist by design to keep liberals and conservatives at contrived odds with each other, so common ground and posit never lead interactions. They draw conservatives into the identity politics arena, predisposing them to identity liberals they meet with the strange edge cases presented as ragebait.

The same works both ways, and I also posit that many who harbor anti conservative sentiments do so after experiencing a loudly conservative colleague or relative who behaved like a dick. The extra blue pill layer of political myths propagated by the likes of ragebait stands in the way of actually understanding liberals as they are, and thus not only personally better navigating these HR nightmares, but even reforming the image of conservatives in skeptical liberals around them.

Though I personally lean socially liberal, I know many conservatives closely and their culture in some detail. Knowing both sides as I do, I feel certain this is an area where some applied effort and improved paradigms can greatly improve outcomes.

Just because something has a detailed scholarship associated with it doesn't mean that it corresponds to anything real. Don't be impressed by Doctors of Unicornology.

I don't call myself "poly". I'm just a dude doing what almost every dude would do if he could. And the funny part is, I'm not even into it for the sexual variety anymore.... I'm almost fifty, and while I still have a pretty healthy libido, it doesn't tyrannize my life anymore.

What I experience as the real benefit is the actual being in a relationship where it's more than just two people. If two is company, but three is a crowd, I must like crowds. The conversations are better, the family dynamic is better, and there's three pairs of hands for every task.

I settled on FunSize and FanGirl because the three of us work as a family unit.

If that's the case, you might wish to consider light squat work exclusively... in other words, doing active recovery rather than trying to make gains, until you regain full function and range of motion. @Whisper was explaining the Redpill metaphor of seeing what's actually there to someone which I found relevant hence the tag when it came.

This is valid. No one worth listening to is criticizing you for being skeptical. But there is a line between skepticism and refusal to accept evidence.

Personally, I've known several people who were fired from teaching jobs for having the "wrong" political opinions... not actually being CONSERVATIVE, mind you, just for being the wrong kind of progressive.

I've also known several people who were forced out of jobs for declining to participate in a nationwide medical experiment.

This was enough to convince me, not of the precise magnitude of the problem, but that the problem exists in some form. You, however, have no access to what I have witnessed, so I have no demands that you change your mind. I am merely telling you what convinced me.

What you witness will always depend on what is in your field of view. If am correctly informed, you run/ran an auto repair business, yes? Well, I spent twenty years as a software engineer, and have now taken early retirement to write novels. (Expect the first one out in Q1 2023).

So, obviously, we deal with a different set of people.

You, or anyone else running a repair business, would never consider someone's race or political opinions when hiring. Why? Because you are not completely batshit fucking insane, and you have a fucking business to run. If you start making dumb decisions based on stupid ideologies about things that don't matter, your bottom line will suffer almost immediately.

But if you were running a university, large software company, publishing house, etc, you would be shielded from the immediate consequences of making these stupid ideology-driven decisions. And even when the consequences manifested themselves, the causal link between your actions and the negative consequences would be far from obvious. 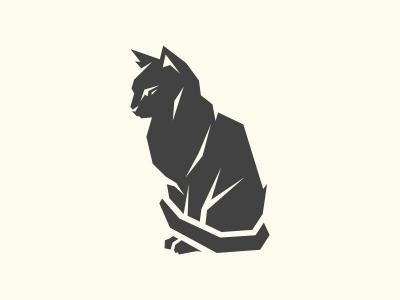